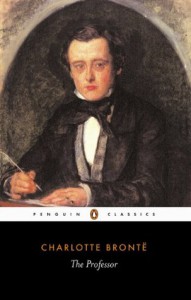 The Professor
In one sense, this is exactly what you would expect from the author of Jane Eyre - a romance in which the characters have no particularly good looks and prize mutual respect, intelligence, education and moral rectitude (according to Charlotte's views on the latter). In every other respect it's rather surprising: it's short; the hero's a bit unpleasant (his faith in national stereotypes is rather obnoxious); there's nothing GofficK or sensationalist to the plot; "happily ever after" is actually described! Nevertheless it could have been shorter, still - way too much time is spent dissing the French and Flemish school-girls to very little purpose except to show our hero as Master in his own class room - and the romance, once a misdirection is passed, is entirely predictable. The real fun comes every time Hunsden intervenes. Sarcastic, sardonic, abusive, interfering, mysterious, possibly revolutionary Hunsden. Charlotte should have written a book about him! Imagine a political thriller by a Bronte! And since there is much here supporting the concept of meritocracy and challenging conventional stratified class roles and social immobility, why not? There are hints here of what Hardy would take up later in the century.

Oh, well - plainly it wasn't to be. I have Shirley and Villette (which apparently reworks much of what is in The Professor) still to go and like Jane Eyre, they are somewhat daunting bricks. I'm actually now more interested in the juvinalia and somewhat curious about the poetry.

Emma
An interesting mystery comes to light just in time for Charlotte to give up writing novels...