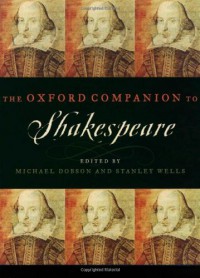 OK - I haven't really read this cover to cover, but I used it recently whilst reading The Rape of Lucrece and thought it was fantastic. Besides entries on individual works and characters there are articles about Shakespeare's contemporaries, literary, theatrical and political, among others. Also entries on famous productions, filmic, radio, recorded and even stage versions!

This book is endlessly fascinating; in about 300 words I learned more about the work of T.S. Eliot than in all the critical discussions I've ever been party to; want to know when the first translation of Shakespeare into any major language was made? Look it up!